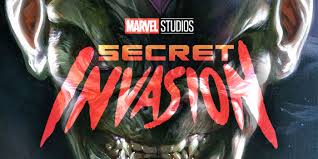 Secret Invasion is set to launch on Disney+ early next year, and it could prove to be a monumental part of Phase Five of the Marvel Cinematic Universe. The television miniseries will be based on the 2008-2009 crossover event of the same name, and is expected to feature an ensemble of franchise veterans and newbies in an intense story. In a recent interview with TVLine, Maria Hill actress Cobie Smulders teased exactly what that will entail, including that it will showcase the most in-depth look at the character that we’ve seen yet.

“It looks so good,” Smulders raved, “and it’s a very different tone than I’ve seen [in the MCU]. I mean, having Sam [Jackson] in anything is just a thrill to watch, but I think it really sets his character up in a really interesting way that I’ve always wanted to see.”

“It’s the most depth I’ve been able to show of Maria Hill,” Smulders continued. “That’s the beauty of these series that Marvel is doing, you’re able to really get backstory of these characters. What are the conversations that happen when they’re just sitting around drinking coffee? It’s not like, ‘We’ve gotta get the bad guys! We’ve gotta get the thing! We’ve gotta save the world again!’ It’s like, ‘Let’s just have a chat, let’s go for a walk.’ We get to see those kinds of moments and be a bit more intimate with the characters.” Given the significance that Secret Invasion had on the larger Marvel universe in the comics, Smulders played coy as to whether or not the television series will follow suit — but teased that Marvel  is definitely planning something.