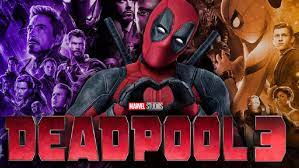 Marvel Studios is making Deadpool 3 as part of the MCU. Here’s everything we know about the R-rated sequel starring Ryan Reynolds as Wade Wilson.

The Deadpool franchise is expanding with Deadpool 3, which will continue Ryan Reynolds’ journey as Wade Wilson. Originally playing the character in X-Men Origins: Wolverine, Reynolds’ poor experience with the character only fueled his desire to give the Merc with a Mouth justice on the big screen. Deadpool’s reboot in 2016 proved the Marvel character’s insane popularity and made him a staple of Fox’s X-Men universe, and the continued success originally led to the development of Deadpool 3. Deadpool 3 has a release date of 6th

September 2024, and it’s confirmed Deadpool will be part of the MCU for his third movie. Here’s all the Deadpool 3 info so far.After Ryan Reynolds spent years trying to make Deadpool happen, the first two Deadpool movies were critical, and financial smash hits as both earned more than $780 million