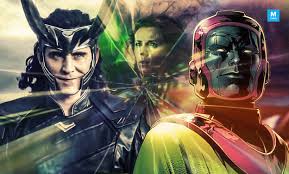 The standard rating for Marvel Studios Disney+ shows has remained TV-14, essentially PG-13, as has been the case for every movie in the Marvel Cinematic Universe. Aside from outliers like Ms. Marvel receiving a TV-PG rating, this continues with a newly revealed rating for the next season of Loki and more.

Unsurprisingly, the first season of Loki, like most of the MCU, received a TV-14 rating. However, as recently as San Diego Comic-Con 2022, it was noted that Marvel Studios would have its first TV-MA-rated show with the animated series Marvel Zombies.

Perhaps this could be an indication of new information or footage being prepped for Loki Season 2 and What if Season 2 to come very soon.

It’ll be exciting to see how Marvel Studios on Disney+ will branch out its audience more. But, for now, fans will have to wait until Disney+ starts streaming Loki S2.