Some years back, Marvel was getting ready to make the Loki show and because that was going to be a time travel thing, they brought me in to pitch on it and they took a chance on me. I had a blast making that show and then moved on to Doctor Strange, and I’ve been working with them for over three years now. It’s been just an incredible experience, I have really had so much fun and so much creative freedom. It’s been a great time.

Scott Derrickson left the project in early 2020, and then Sam Raimi came on board soon after. What was it like collaborating with the mind who helped kick off the Marvel craze all those years ago with the Spider-Man Trilogy?
Michael Waldron: I think I started on the movie maybe like, three or four days before Sam. So we began right around the same time as one another in February 2020. It was a blast right from the get-go of our very first meeting, we were having fun and cracking each other up. That friendship was only strengthened by going to London and making the movie together while locked down in the pandemic, you know, really climbing a very tall mountain together. It’s been great. I’ve learned a lifetime’s worth about making movies from him. I’m the luckiest guy in the world to have gotten to work with Sam on this thing.

Both of your Marvel projects so far have dealt with the multiverse, what about that concept appeals to you as a writer?
Michael Waldron: Well, I had come off Rick and Morty, that’s what I was doing right before Loki and that was a multiverse show. Maybe doing the multiverse before it was even the “hip thing”… I just think it’s a cool way to force self-reflection out of characters that might resist that sort of thing on their own, you know?

Characters like Loki or Stephen Strange, they’re not typically the type of folks that want to look inward, they got too much stuff going on around them to spend time thinking about who they are. But when they’re suddenly confronted with alternate universe versions of themselves – who might be a better version, might be a worse version – it makes them really reckon with who they are, and why they are the way they are. It’s just a cool bit of science fiction. So, it’s been fun! I don’t know, I’ve been working on multiverse stuff for a long time now, maybe I should chill out with it? (laughs)

With a film that explores alternate realities with so many variants of characters that we’ve all come to know, how did you decide where to take Stephen Strange exactly?
Michael Waldron: We made sure that the spine of our movie, the foundation, was Stephen Strange’s emotional arc so that you knew it was a Doctor Strange journey first and foremost. Once we felt like we understood that, then it was like, “Alright, let’s go crazy. Let’s throw all the craziest stuff we possibly can at the wall.” I think that’s great, just as long as you take the concept of the multiverse seriously, meaning that if you go to another universe, it’s got to be a universe that can really exist, a place with its own rules, its own history, and its own characters with their own shared backstory. A universe that, in theory, you could set a whole other series of movies and it’s got to be a real lived-in place. And if you take it that seriously as a concept, then there’s nothing too crazy to do in that place.

When you joined, it was already decided that Wanda Maximoff would be in the film. Having also written an MCU show, did you have conversations with any of the WandaVision creators on how to continue her arc in the franchise?
Michael Waldron: When I came on I had all the WandaVision scripts. I was pals with Jac Schaeffer – the head writer and creator of WandaVision – and I worked with her and [director] Matt Shakman to understand what they were doing with their story, and then collaborated with Lizzie Olson, obviously, as we’re building this next step in Wanda’s journey. We trusted our own instincts and said, “Let’s figure out the story we would want to tell with Wanda knowing what we know.” Then we went to that team, and especially working with Lizzie, we asked, “Are we being properly reverent of the great work you guys did in WandaVision?”

Benedict Cumberbatch in ‘Doctor Strange in the Multiverse of Madness’ Courtesy of Disney
Marvel has now released a few trailers focused on the Illuminati’s appearance in the film. Avoiding all spoilers, where did the idea to first introduce them in Doctor Strange in the Multiverse of Madness even come from?
Michael Waldron: I don’t even know if I’m allowed to comment on TV spots. I don’t know what’s out there and what’s not. How do we know that’s the Illuminati? That might be a whole misdirect in the TV spot!

You know, if you’ve got to tell a multiverse story, you can look back at the Marvel Comics and there are some great runs from like Jonathan Hickman, who did a great multiverse arc that I drew some inspiration from, and so I was excited to try to nod to that. Every character that we pulled in that I guess folks will see as a cameo or whatever, we didn’t think of as a cameo. We felt like this person serves a real role in this real lived-in universe, that they’re a pillar of this world. And that’s how we attacked it.

Finally, I wanted to ask about the current status of Loki and what you hope to achieve with the second season?
Michael Waldron: I mean, it’s gotta be dope, right? It’s gotta be good! When I came onto the first season of Loki, really, I felt like “Man, that character had an incredible arc already.” If he had never shown up again, you know, it’s tragic but his heroic death at Thanos’ hand was a pretty cool conclusion to that character’s arc. The way it’s worth doing this show is if there’s a new story to tell. It’s the same approach for season two, can we find new ground to cover? There’s a great team in place. Eric Martin is the head writer for season two, and he was my rock on season one. He’s doing tremendous work and I think it’s going to be great. 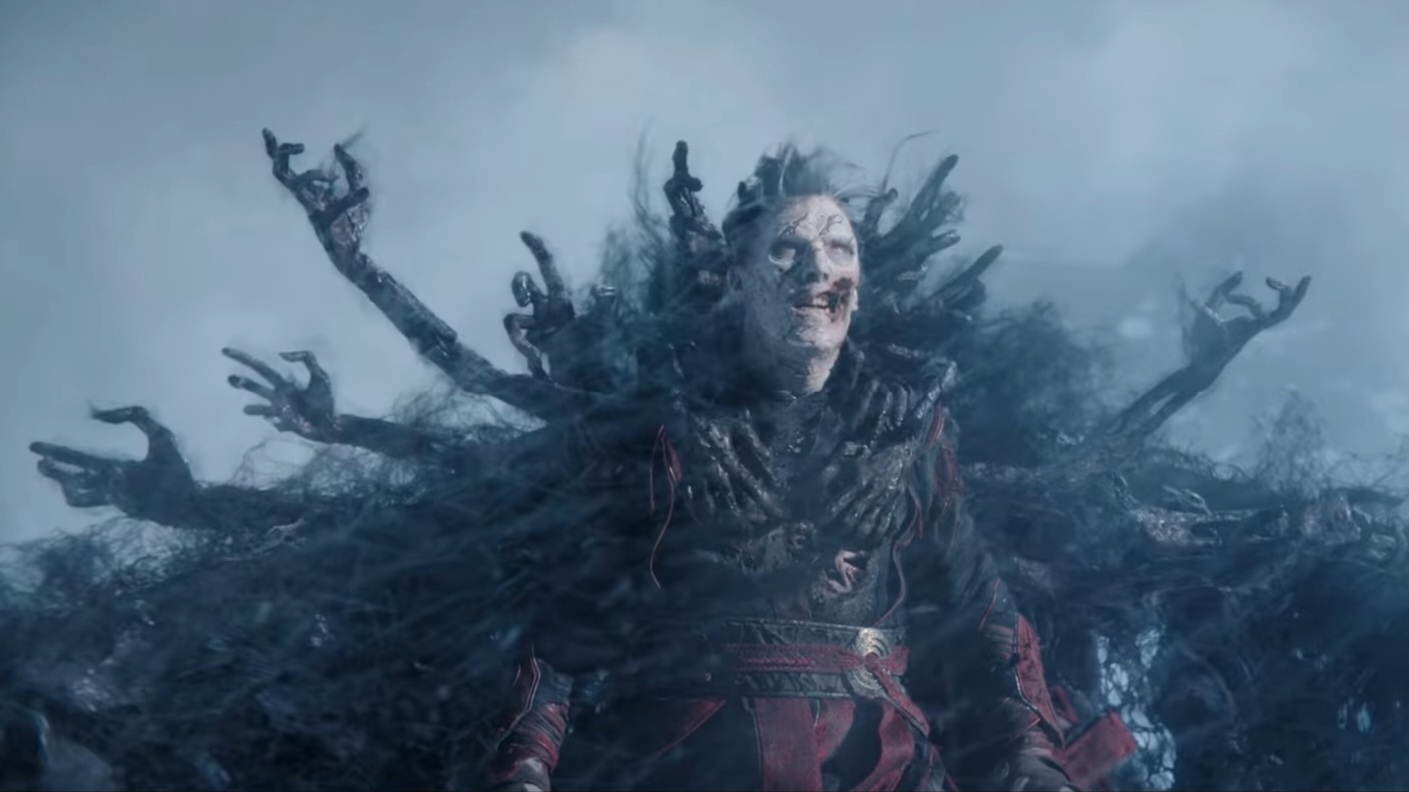