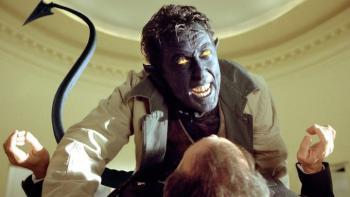 Hugh Jackman’s return as Wolverine in Deadpool 3 is the strongest proof yet that Fox’s X-Men movies aren’t dead after all and live on in the Marvel Cinematic Universe’s Multiverse. Jackman and Ryan Reynolds announced Logan’s comeback in Deadpool 3, which also marks the Merc With A Mouth’s debut in the MCU. Both Wolverine and Deadpool were signature characters of Fox’s X-Men franchise before the studio and its characters were purchased by Disney.

The X-Men movies’ success helped make the MCU possible. Fox’s X-Men, X2: X-Men: United, and X-Men: The Last Stand were all box office hits, in spite of the varying quality of the films by directors Bryan Singer and Brett Ratner. Wolverine also received three spinoff solo films of wildly varying quality, but Jackman’s (then-final) 2017 outing, Logan, ranks among the best of the X-Men films. Starting with 2011’s X-Men: First Class, the main mutant saga rebooted its own timeline to recast most of its mutants with younger actors in X-Men: Days of Future